Nominations for words of the year are not just a sign that Christmas is around the corner – it reminds me that my stated aim to write regular Wordability columns has foundered once again. Clearly Laziness around my blog output should be my personal word of the year for 2019.

But one thing that is interesting about the choices for the UK’s two most prominent nominators is how similar their decisions are. Collins Dictionaries went first, picking Climate Strike as word of the year – Oxford Dictionaries has now followed with Climate Emergency. 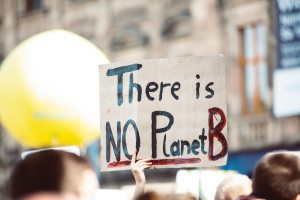 This shouldn’t really be a surprise – despite the current UK fixation on Brexit and the ongoing election campaign, many are arguing that this focus on domestic issues  is distracting from the climate, which should be viewed as the single most important issue facing anybody at the moment. Collins and Oxford have tapped into the way that public events around the climate have really burrowed into public consciousness this year, and have come up with two sides of the same story as a way of summing up the year.

The reason that I was surprised though was that it has often felt like the dictionary makers are consciously vying with each other to choose different words, and that Oxford Dictionaries’ choices have sometimes seemed quite left-field. I’ve speculated in the past that they have suffered from being second off the blocks every year with making their decision. I was particularly struck by this in 2016, when Collins Dictionaries chose Brexit, which seemed to be the only word that anybody was using for those 12 months, and Oxford Dictionaries went with post-truth, which while apposite didn’t seem to me to quite hit the mark.

So this year I think that both dictionary makers have made decisions which are easy to agree with. And it has reminded me that while laziness around climate change is the thing which we all need to avoid in order to protect our planet, I will also be doing my level best to beat my blogging laziness and try to write more about the endless changes in the English language.