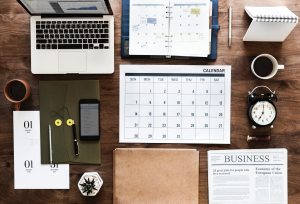 I ran out of time to write a new Wordability post last week. Basically, I just didn’t organise myself properly. Fortunately, I have had a couple of linguistic pointers recently to help myself prepare a better schedule so that I can continue to publish once a week.

Inspiration comes of course from Donald Trump, amid reports that a large amount of his daily schedule is devoted to something called ‘Executive Time’. Naturally enough his staff has been quick to characterise these great swathes of undocumented hours as opportunities for the President to be busy with all manner of important activities which he doesn’t want officially recorded.

But inevitably, it has become another linguistic stick with which to beat the President, with the phrase becoming rapidly adopted as a way to criticise what he may, or may not be doing, while others are now simply using the phrase Executive Time as their excuse for not having got on with an activity that they were really supposed to have accomplished. Clearly, I am doing the same, and was flat out with Executive Time last week, so couldn’t write Wordability.

The interesting thing is why it seems to be particularly prevalent now. Executive Time as a concept first appeared just over a year ago, but has gained new oxygen recently. Perhaps it’s the President’s possible redefinition of the term ‘National Emergency’ which has focused attention on some of the other phrases which surround him.

I’m not convinced that Executive Time is the best way to get anything done. Perhaps Micro-Scheduling would be the better option. Micro-Scheduling involves planning everything down to the second so that maximum productivity can be achieved. This seems the very antithesis of Executive Time, unless that time is filled with a micro schedule which is not made public. On balance though I doubt that even a meticulously planned week would have allowed me to write a blog. I find that when I have a week which is packed full of scheduled activity, I have enough energy left to crawl onto the nearest couch and eat crisps. In truth, these options seem like opposite ends of the productivity schedule, and neither is really the path to success.

Whichever way we choose to plan our time, young people have certainly been in the news recently trying to make the most of it. We were treated to the UK’s first ‘Student Strike’ this week as thousands of schoolchildren descended on City Centres to protest about Climate Change. Though if you believed Conservative Minister Andrea Leadsom, there is a different way to define the term:

So, good to see our political leaders taking the views of young people seriously.

A Cambridge Professor has also been interested by the activities of the young, and has suggested they might be reacting to something he has termed Nepocide, a portmanteu of Nepotism and Genocide. Professor Tony Booth, a Research Fellow at the Centre for Commonwealth Education at the University of Cambridge, defines it as: “the conscious willingness to sacrifice future generations for current convenience.” It seems that young people are fighting back against this and may not be prepared to accept that some of the luxuries we live with today are worth it, if there is too high a price to pay tomorrow. The Student Strike would support this way of thinking, though Andrea Leadsom might disagree.

And to finish, something completely different. The term Bokeh is one that is well known from photography circles, meaning the ability to blur out certain parts of a photo to accentuate others, something which is now possible on smartphones such as the iPhone. Apple has released a new advert where one mother is angry with another for using this effect to make her child blurry in the background. “Why did you bokeh my child?” she asks:

Is To Bokeh set to become a new insult in the world of smartphone photography. Or has this been at the heart of all our issues all along. Perhaps Donald Trump’s full schedule was merely Bokeh’d before we got to see it.